3 reasons why I relate so hard to Cosmo Kramer

It was 20 years ago (May 14, 1998) when Seinfeld took its final bow after nine seasons of impeccable TV comedy. However, it took me all this time to fully embrace the legendary NBC sitcom.

Yes, I’m am a Seinfeld noob, and I’m currently working my way through all the episodes in pure delight. But while it’s great to catch up and finally understand all the popular references, it’s the subtle hilarity of the show that has completely won me over.

Specifically, the antics of Cosmo Kramer. The more I watch Michael Richards’ portrayal of Jerry’s quirky neighbour, the more I find such striking similarities between us.

happy salami day to all my loved ones, especially salami ❤ pic.twitter.com/RqcUKP0acL

How do I love salami? Let me count the ways. For one, there was a time when I used to call ahead at my local Loblaws to ask if my favourite deli slicer was working that night because she was the only one who knew how thin I liked my genoa salami. Thankfully, she didn’t shave me a thin slice of restraining order, but she did tell me I had developed a reputation at their deli counter:

With a salami love so deep, how does one not consider investing in a meat slicer? It’s a dream purchase of mine, despite all the counter space it’ll take up. Small price to pay for slices of freedom. Apparently Kramer had the same dream and he made it come true for himself. In “The Slicer” (Season 9 Episode 7), Kramer helps Elaine with a cat-feeding conundrum by bringing over his meat slicer.

As it turns out, Kramer and I are both extremely precise about the thinness of our cured meats.

Kramer: I think we’re looking at half a millimetre.
Elaine: Can it cut that thin?
Kramer: Oh, I’ve cut slices so thin, I couldn’t even see them.

Transparency is everything, people.

2. “Well, here’s my shower routine. Maybe I can make some changes. Get wash cloth mittens and maybe some liquid soap, and just… focus!”

My shower is fully equipped with my waterproof Bluetooth speaker, my hairbrush, and my toothpaste/toothbrush.

When I was thinking of ways to maximize my time in the shower, I put a lot of research into a shower speaker. So, a couple years ago, I landed on this handy Bluetooth water-resistant shower speaker to listen to audiobooks while sudsing it up, and I love it!

But then I thought, “Why does shower efficiency have to stop there?” So I included my toothbrush and toothpaste to the party, as well as my hairbrush. And why not? Stepping out of the shower with minty-fresh teeth and untangled hair is a supreme feeling!

In “The Apology” (Season 9, Episode 9), Kramer adopts a similar (but more extreme) mentality of how to best use his time in the shower. Just like me, he started by researching — except his version of research was taking notes on the showering men at the YCMA, which earned him a shiner. “Now see, that’s smart. Constant motion. Wow.”

At first, Kramer started with the essentials:

No, I’m in my shower. Well, you know, I’m trying to get out of the shower sooner, and then I ask myself, ‘Why?’ I mean this is where I want to be. So I got a waterproof phone, I shaved, I brushed my teeth, and now I ordered a pair of chinos from J. Crew.

But before anyone knew it, Kramer’s life had completely migrated to his bathing quarters:

Kramer washing some lettuce in the shower while chatting with Jerry on his waterproof phone. (Photo credit: NBC Universal)

Peggy: You have a garbage disposal in your bathtub?
Kramer: Oh, yeah, and I use it all the time. Yeah, I made this whole meal in there.
Elaine: This food was in the shower with you?
Kramer: Mm-hmm. I prepared it as I bathed.

You only live once, but you shower a lot, so why not make the most of your time on this earth?

3. I don’t have a funny quote for this one, but basically Kramer and I both like to wear funky prints.

One day at work, a bunch of us were going around saying which colours we associate the most with each other. One colleague said, “When I think of you, I think of awesome prints.” What a compliment! I do love a bold print, especially on easy-to-wear fabric.

It’s probably why in every Seinfeld episode I watch, I’m drawn to Kramer’s shirts. I get total wardrobe envy whenever he bursts through Jerry’s door in yet another relaxed-fit button-up with a fun pattern. I want to turn every one of his shirts into dresses.

I definitely need that lobster shirt in my life.

What are some of your favourite Kramer quirks and quotes? I’m sure the more I watch, the more I’ll find similarities between us, or at least something new to love about him.

Thanks for stopping by! It’s currently 6:33 a.m. and I’ve been up all night optimizing this website and writing this blog post. Time to go to bed. Maybe with my security bucket of chicken. Maybe not. No one has to know. Especially not Jerry!

Heartbroken & hopeful: 6 quotes that got...

6 Creative Ways to Declutter Your Home 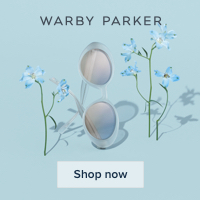 No images found!
Try some other hashtag or username
Emotions come, I don't know why. Cover up love's alibi.
— Blondie